Alternative take on statins, fat and cholesterol is an intriguing read
A Statin Nation: Damaging millions in a brave new post-health world Dec 2018
Previous book with same title by another author Statin Nation: The Ill-Founded War on Cholesterol, What Really Causes Heart Disease, and the Truth About the Most Overprescribed Drugs in the World

BACKGROUND:
The aim of the present study was to determine the effect of vitamin D supplementation on simvastatin-mediated changes in cardiorespiratory fitness and skeletal muscle mitochondrial content after exercise in adults with type 2 diabetes mellitus (T2DM).

RESULTS:
Twenty-eight patients completed the study. C decreased by 8.4% (P < 0.05) following 12 weeks of simvastatin therapy. Vitamin D supplementation blunted the decline in cardiorespiratory fitness to 0.6% (P < 0.05 for between-group difference in change from baseline).
Similarly, skeletal muscle mitochondrial content decreased by 3.6% with simvastatin, but improved by 12.1% on supplementation with vitamin D, although the between-group difference was not significant. Vitamin D alone increased cardiorespiratory fitness and mitochondrial content by 7.1% (P < 0.05) and 16.7%, respectively.

CONCLUSIONS:
Simvastatin tends to cause deterioration in exercise-associated cardiorespiratory fitness and skeletal muscle mitochondrial content in adults with T2DM, which is blunted by vitamin D supplementation.

Background Randomized and observational studies have previously reported inconsistent results for the direct association between statin therapy and 25, hydroxyvitamin D [25(OH)D] levels. Thus, the present study aimed to examine the relationship between statin use and 25(OH)D and its metabolites concentrations in a large nationally representative sample of older adults.
Methods This study was conducted using data from the National Health and Nutrition Examination Survey. Participants were asked to show the medication containers of all the products used in the previous 30 days, and the prescription of statins was defined on the three-level nested therapeutic classification scheme of Cerner Multum's Lexicon. General linear models adjusted for potential confounders were created to compare 25(OH)D concentrations between older adults taking statins and those who did not.
Results A total of 6,261 participants with a mean age of 69.5 years comprised the study sample. Of those, 40.2% were taking statins with a median length of therapy of 5 years. Adjusted mean 25(OH)D3 and 25(OH)D levels were 3.3 and 4.4 nmol/L higher among participants taking statins than those who did not, respectively. Moreover, this association was consistently seen regardless of the duration of therapy and particularly in subjects taking simvastatin, atorvastatin, or rosuvastatin. In subgroup analyses according to BMI categories and vitamin D intake, higher 25(OH)D levels were also seen among statin users. By contrast, this association was attenuated among those with a daily vitamin D between 400 and 800 and >800 IU.
Conclusion Older adults on statin therapy had significantly higher serum 25(OH)D concentrations. Additional research should be conducted to define the mechanism of this association and determine if the pleiotropic effects attributed to statins may be mediated by vitamin D.

OBJECTIVES: To determine whether statin use alters response of 25-hydroxyvitamin D (25(OH)D) level to vitamin D treatment.
DESIGN: Pooled analysis.
SETTING: Three double-blind randomized controlled trials that tested different doses of vitamin D.
PARTICIPANTS: Participants of three trials (N = 646; mean age 76.3 ± 8.4, 65% female).
MEASUREMENTS: In all three trials, 25(OH)D status and statin use were assessed repeatedly over time (baseline, 6 and 12 months). Repeated-measures analysis was used to compare 25(OH)D response to vitamin D treatment at baseline and 6 and 12 months of statin users and nonusers, controlling for age, sex, body mass index, Charlson Comorbidity Index, vitamin D dose, trial, and season.
RESULTS: At baseline, 17.5% were statin users, and 65% were vitamin D deficient (25(OH)D < 20 ng/mL). Baseline 25(OH)D levels did not differ significantly between groups at baseline (18.8 for statin users, 17.2 ng/mL for nonusers, P = .07), but according to the longitudinal analyses, the total increase over 12 months in 25(OH)D concentration was significantly lower in statin users (13.1 ng/L) than nonusers (15.9 ng/mL; 21.4% difference; P = .009).
CONCLUSION: Of persons aged 60 and older at high risk of vitamin D deficiency, statin users had a 21.4% smaller increase in 25(OH)D serum concentrations over time than nonusers, independent of vitamin D dose and other covariates.

Do statins increase the level of vitamin D in the blood in the short term?

Question: Is this a direct effect, or is it due to statins reducing cholesterol, which is needed to produce vitamin D from the skin, but cholesterol is not needed if the vitamin D is taken as a supplement

Note: one statin is the top selling US prescription drug - with more sales than the next two top-selling drugs

For the past 15 years, cardiovascular disease (CVD) has been the leading cause of death for both men and women in the United States and worldwide. With an aging population, there has been increasing use of statin therapy to reduce the risk of CVD. However, statin-associated muscle symptoms (SAMS) remain an obstacle to this treatment, leading to discontinuation and nonadherence to statin therapy. Signs and symptoms of SAMS include muscle pain, tenderness, and increased serum creatine kinase. Despite the idiopathic pathophysiology of SAMS, some studies have shown an association between vitamin D deficiency and SAMS; the use of vitamin D supplements can lead to relief of these symptoms. The purpose of this review was to critique evidence for the association between low serum vitamin D and SAMS and the use of vitamin D supplementation for treatment.

Green Med Info April 2012
Great many health benefits of chocolate documented -
Regarding just the heart: Chocolate appears to be better than statins.

nothing about vitamin D
2019 update

If you really must take statins and they cause pain, vitamin D will relieve the pain - 2015

Statin Intolerance Because of Myalgia, Myositis, Myopathy, or Myonecrosis Can in Most Cases be Safely Resolved by Vitamin D Supplementation March 2015
50,000 or 100,000 IU of vitamin D2 per week relieved statin pain
&nbspDownload the PDF from Vitamin D Life

Background: Statins are well-known drugs used in dyslipidemia and cardiac disorders since several years. Recently, it has been reported that long-term use of statins reduce serum vitamin D level. When statins are administered to patients with low vitamin D more muscular side effects have been reported. On the contrary, a few studies report that statins might increase vitamin D level competing with its metabolism. Hence, this study was conducted to evaluate the association between statins and vitamin D.

Methods: 125 participants who fulfilled the selection criteria were enrolled in the study. 65 subjects belonged to control group and 60, statin group. The blood sample was collected for Vitamin D estimation. The results were correlated with a demographic profile, nature of statin and the muscular side effects and compared with control group.

Conclusion: The present study has shown that statin therapy is associated with low vitamin D level and that this could contribute to the increased incidence of myalgia in the statin group.

Background In ∼85–90% of statin intolerant patients, vitamin D deficiency (serum 25 (OH) D <32 ng/ml) is a reversible cause of statin intolerance, usually requiring 50,000 to 100,000 units of vitamin D/week continuously to normalize serum vitamin D, and thus successfully allow reinstitution of statins which previously could not be tolerated because of myalgia-myositis.

When serum D rose above 100 ng/ml in the few cases, as above, it fell into the normal range within 2 weeks by reducing the vitamin D dose by 50%.

Conclusions When 50,000–100,000 units of vitamin D/week are given to reverse statin intolerance in statin-intolerant patients with low entry vitamin D (<32 ng/ml), it appears to be safe over up to 1 year follow-up, without toxic high serum vitamin D levels >150 ng/ml, and levels rarely >100 ng/ml, and without changes in serum calcium or eGFR.
- - - -
A study has the same conclusion later in 2016
Rechallenging Statin Therapy in Veterans With Statin-Induced Myopathy Post Vitamin D Replenishment
41% tolerated their previously failed statins after taking vitamin D; free PDF is online

Results: Overall, 2494 participants were on long-term statins at follow-up (vitamin D = 1243, placebo = 1251). Compared with placebo, monthly vitamin D supplementation did not improve the proportion with adherence (risk ratio: 1.01, p=0.62), but improved the persistence probability of taking all statins after 24 months (hazard ratio: 1.15, p=0.02). In further analyses, significant differences were observed in the adherence to simvastatin, the first-line statin therapy.

Four of the papers in that issue (Free online PDFs) 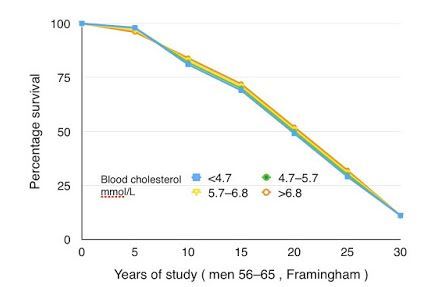 Statins were initially developed to be antibiotics, later it was noticed that statins reduce cholesterol

Magnesium is better than statins in many ways - 2004 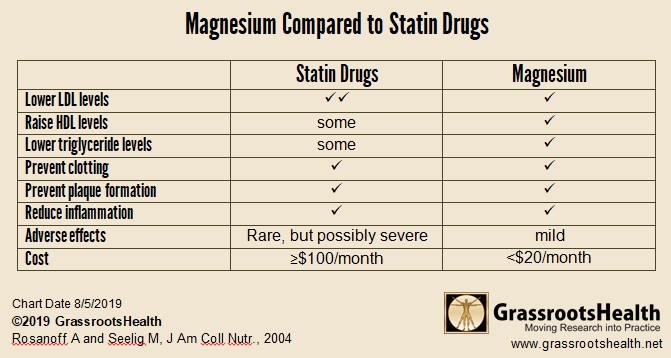 Statins and vitamin D         Printer Friendly PDF this page! Follow this page for updates
This page is in the following categories (# of items in each category)